No battle scars on tyres after 10 trips up Sani Pass. 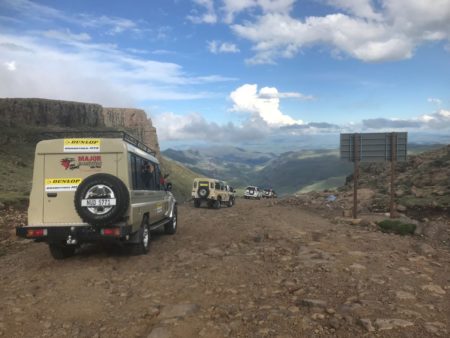 The dream of going on a thrilling adventure lives on well past childhood fantasies of overland duals and driving through uncharted territories. Outdoor and 4 by 4 enthusiasts often nurture these dreams long after the memories of wild frolics through the shrubbery have faded. For many, a tour to the top of the Sani Pass does not disappoint.

This week Sumitomo Rubber SA chose Sani Pass to launch their new Dunlop 3-ply all terrain tyre – the Grandtrek AT3G, as well as sample  the new AT3M (a modification from their popular AT3) and mud terrain tyre the MT2, all part of the extended Grandtrek range. Major Adventures were chosen to lead the adventure and all vehicles were fitted with the new brand of tyres. Representatives from both local and abroad attended presentation.

From a bicycle to the empire.

The story of how Dunlop became inspired to begin producing tyres sounds today like a legend, comparable to that of Archimedes and his “Eureka” moment. In 1888 the Irishman was observing his son outside the house riding his tricycle on bumpy cobblestones. The tricycle had hard rubber tyres, which made it difficult for the boy to gain speed, and also made the ride uncomfortable. Dunlop decided to help him by gluing a thin layer of rubber around the wheels, and then inflating it using a football pump. The “valve” was the top of a baby’s feeding bottle!

From this innocent game there emerged one of the most important inventions in the history of the tyre industry. John B. Dunlop had created the basis for the first pneumatic tyre. Just a year later this Belfast vet’s invention was put to use on a traditional bicycle. A little-known cyclist used the bike to secure a series of decisive race victories. The secret of his success? Pneumatic tyres.

From Donkeys hooves to Luxury tyres.

The story of driving through the Drakensberg mountains and into Lesotho via the Sani Pass was not however based on a ‘Eureka’ moment. A small group of pioneers worked unceasingly to open the Mokhotlong Mountain Transport Company. The aim of the business was to move freight into Lesotho more efficiently than the slow, long suffering pack donkeys. In the late 1950’s one of the founders of the company, Arthur Major, drove the first tour up the Sani Pass. Sixty years later, his son, Charles Major who still operates these tours and owns Major Adventures, watched as his luxury 4×4 vehicles wound through the steep switchbacks on the new Dunlop tyres following in his father’s pioneer tyre prints. 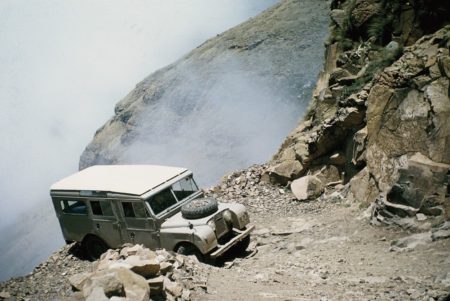 Modern 10 Seater  Landcruiser driving down the pass on new tyres.

The best critics were the experienced guides from Major Adventures who drive this rocky road daily. They have navigated The Sani Pass through fog, rain, mud, heat and snow with many different tyres over the past twenty five years.

Punctures always pose challenges as vehicles have to traverse rocks and crevices and there is a risk of sharp stones penetrating the sides of the tyres. However running at 1.9 bar they agreed that these new tyres seemed to fold over the rocks without slipping.  After heavy rains the previous night the grip was strong and secure even through the river crossings. It was a thumbs up from all. 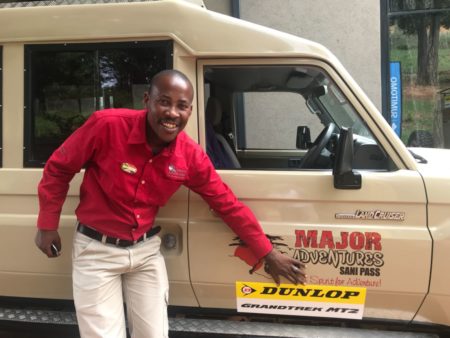 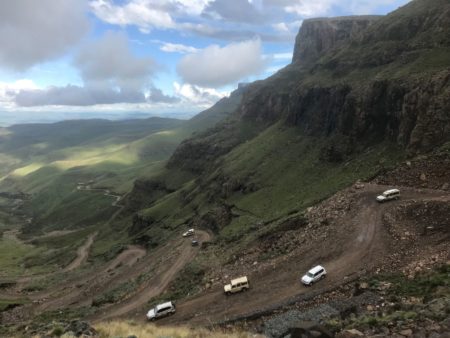 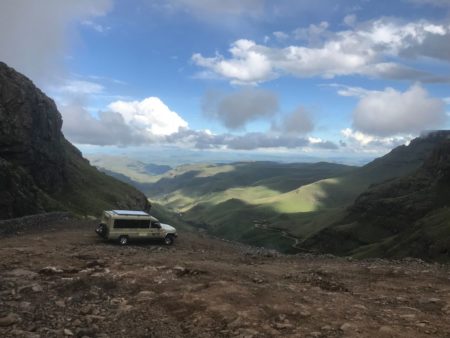 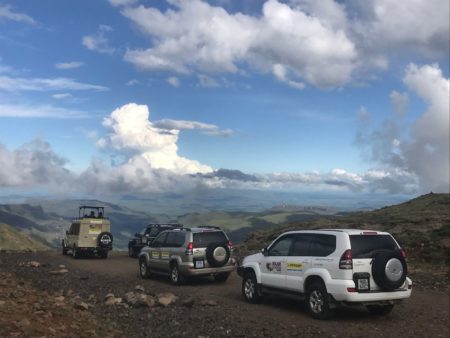 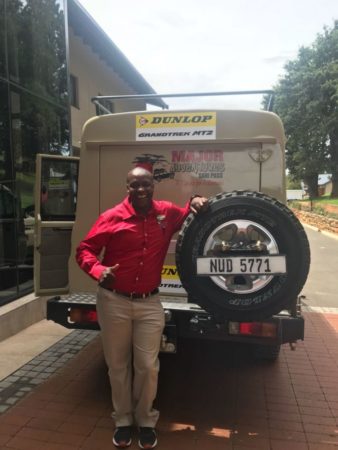