Today authenticity has become the goal and measure of travel. “Real” travellers are avoiding expensive, posed tourist attractions, preferring to wander off the “beaten track”. Many avoid the “touristy” places and are discerning about wanting to have ‘real’ cultural experiences.

David Sze in his blog on ‘The Myth of Authentic Travel’ says:

“Don’t sell us stuff”, “Give us the ‘real’ thing, the ‘authentic’ experience.”

This Cultural and Heritage Extended Sani Pass tour is the ‘real’ thing:

‘When an old Man dies, the library burns to the ground’

The Sani Pass tour is the gateway to a remote Lesotho village huddled between mountains and rivers.  We watch in silence as an elderly traditional healer lights herbs to accompany her song and dance ritual.  Draped in red clothing and bedecked with a lion headdress she softly moves her aged body in time with the drumbeat.  She sways in order to cleanse herself of any ego and allow the ancestors to use her as a conduit to heal pain and suffering.  Much like many Christian faiths consult angels and divine energy to connect with their beliefs so the Basotho people connect with their ancestors to provide a gateway to their divine beliefs. Local communities come from far and wide to consult on a wide range of physical ailments to serious problems with their love life. 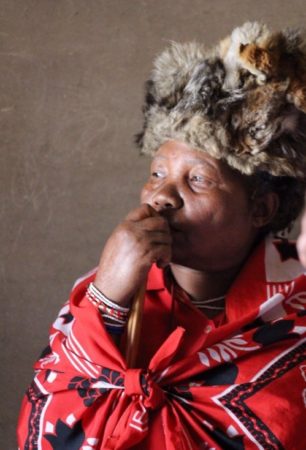 Traditional healers provide an important link between the rural people of Africa and primary health care. African women, particularly older ones in rural communities, utilize the traditional healer’s timeless and ancient caregiving when faced with symptoms of mental and physical illness.

Five years ago it was reported that there was one qualified doctor to every 16000 people in this country. A qualitative study in Lesotho in resource-poor settings with heavy burdens of HIV proved that genuine traditional healers played many roles in HIV care.  Base knowledge of the disease in an emotional context was high.

Basotho, like other communities, have their own unique traditional knowledge, beliefs and culture that help them raise their children, unify them as a nation, protect themselves, their livestock and crops from natural disasters and diseases and to manage their environment better in a sustainable manner. However, this valuable knowledge is often hidden, undocumented, usually known by a few and mostly the elderly in the society. And in most cases, some of these elderly people die with this valuable treasure. As an old African proverb states “when the old man dies, the library burns to the ground”, societies are slowly losing some of the important knowledge as old people die. According to (Louise, 1998), indigenous knowledge is stored in people’s memories and activities. It is expressed in stories, songs, folklore, proverbs, dances, myths, cultural values, beliefs, rituals, community laws, local languages and taxonomy, agricultural practices, equipment, materials, plant species and animal breeds. 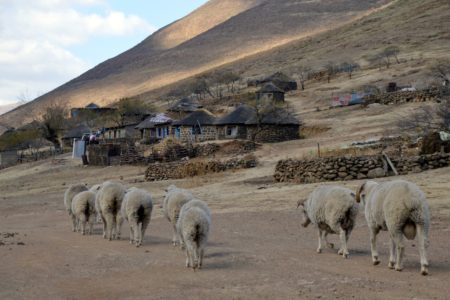 Traditional healers in Lesotho and other African countries have since pre-historic times played a major role in primary health care, counselling and the rituals performed for different purposes in the society. Traditional healers in the past had their houses located very close to the main house of the village chief. This was to ensure that the healer is always accessible to the chief as they were not only entrusted in disease healing and driving away witchcraft but they were also the main advisors to the chief. The knowledge traditional healers have on forecasting certain events, protecting crops and animals from hail and thunder storm, healing the sick, and driving away the evil spirit is often not documented and as a result it is slowly going into extinction. This valuable knowledge is often not protected by law and known by a few.

The sky burns as the healer focuses on the shadowy figure of the man before her, speaking through the young Basotho village guide she tells him he is strong and will live a long life.  She inspects a wound on a child’s arm producing a poultice of herbs to prevent infection.  We are told that a queue straggles in from the distant horizon as her wisdom is a balm to many aching folk.

We are told that many times when the day is over she goes to submerge herself in an icy river to cleanse the healing from her body. 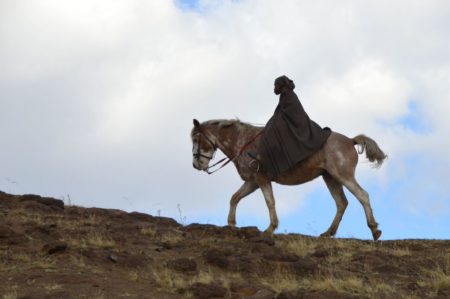