Poisoned Arrows or Flights of Fantasy?

“The San believe that rain is caused by an animal that flies across the sky, which when captured, is brought to the land requiring rain, it is then cut so that its blood can “rain” over the land. Kaggen, the mantis, it is said threw up into the air the moon which was his shoe. He also had a pet eland, his wife was a dassie (rock rabbit) and an adopted daughter was a porcupine” (it was believed that the stars were shining porcupines dotted in the sky).   http://www.sahistory.org.za/article/rock-art

After ducking under branches, unhooking my skirt which had caught on thorns and sliding over rocks, I vowed that the next time I spontaneously decided to go on a Rock Art search, I will rigorously ensure that I have emergency protective clothing carefully stored with my lipstick in my handbag.

As I was dangling from a sapling and trying to shimmy all of my 60 years onto a rocky overhang, our guide, Raphael was already excitedly gesturing towards markings on the rocks inside the shallow cave.

It took me a few moments and some deep breaths to regain my dignity before it dawned on me that the inscriptions he was pointing out were definitely recognizable rock art paintings.  Suddenly I was overwhelmed by the fact that someone had squatted in this exact place and intricately painted his thoughts over the rocky canvas.

Simultaneously a small determined bush, pushing out of a crevice below, blew unceasingly in the wind wiping away an ancient history. 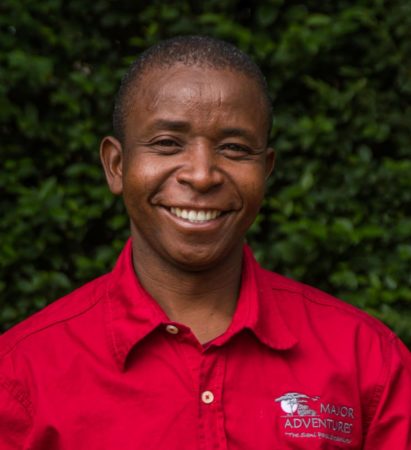 There is often a reverent hush at dinner conversations when the San Culture is mentioned.

In  conspiratorial tones the mystique of a shaman’s trance dance, the meaning of the eland, stick figures and tracking skills are seriously debated.  This is usually followed by wise nodding in agreement that in order to experience ‘real abundance’ we should all live our lives as one with the earth.  Would we really worship and give thanks to the animal we have just killed with a poisoned arrow and trot through the undergrowth in a leather thong?  Perhaps it is because we all love anything small and cute and the tiny stature of the Bushmen make them especially vulnerable in our imagination.

However despite the dinner table ramblings of a mall-indulged modern society, they are right that there is a huge amount of value in understanding the imprint that San People have made on the history of Southern Africa.

I am only a mere mortal when it comes to the rich tapestry of Bushmen Rock Art and do not profess to have any knowledge of interpretation of the paintings nor the fascinating culture of these nomadic people.

The Drakensberg and specifically the area around Underberg is home to many of these extraordinary sites.  Over the past decades researchers have suggested that these works of art are not just depictions of Bushmen lifestyles but an important clue to their core belief system.  (research: both terms San People and Bushmen are acceptable) Herds of eland are still are seen on the slopes of the Sani Pass.  These sacred animals not only provided a source of food but the Bushmen believed that they were the conduit to the next life.  Many of the paintings are believed to be between 1000 to 3000 years old and the Bushmen (manne van die bos) are believed to be the one of the oldest cultures.

Today, these paintings are greatly respected, as they provide not only an insight into, but a narrative tale of the lives of the ancient San Bushmen.

The San people did not wish to simply replicate what they saw by painting pictures of sacred animals on rocks. Their intention was to create portals to the spiritual world, which was so central to their being, and to reflect on their experiences of spiritual trance with the key figures in their beliefs.”                  https://showme.co.za/tourism/bushman-rock-art-in-the-ukhahlamba-drakensberg-kwazulu-nata/ 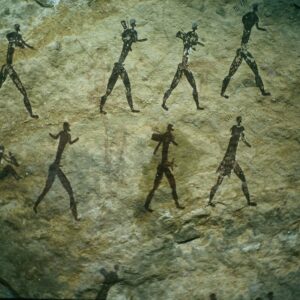 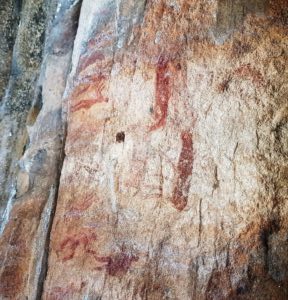 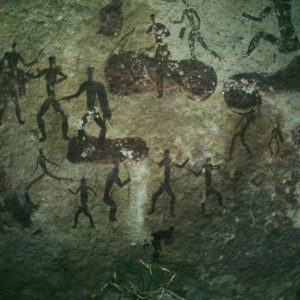 However there are vastly differing views of the Bushman bands.

John Wright, professor of history at the University of Natal is the author of ‘Bushman Raiders of the Drakensberg’ wrote:

‘The Bushmen who frequented Natal in the last century were by no means the isolated hunter-gatherer ‘Children of Nature’ of popular Western mythology.  Many of the Bushman were by then living by a mixture of hunting, gathering, husbanding and trading livestock and by stock raiding.

In a graphically descriptive passage he writes:

‘Small groups of them would often lie up in patches of forest, waiting their chance and choosing misty, drizzly weather for preference.  They would drive stolen animals up to the Drakensberg, and then drive their booty southwards along the foothills, or else over passes such as the Sani Pass, down the Orange River valley into Lesotho and then southwards’

As the story unfolds one can understand the farmers frustrations when stock theft threatened their livelihood and the San people were seen as cruel vermin and scavengers that should be eradicated from the earth.

The tense situation between the Bushmen and the Natal farmers culminated in the ‘Hodgson’s affair’ which happened when 75 head of cattle and 15 horses were stolen from Mount Park in early March 1862.

The gory account describes the agony endured by the stolen horses and cattle that were forced through small passes and many were stabbed to death.

An angry group led by Captain Proudfoot of the Natal Carbineers set off in hot pursuit.   One of the party was Thomas Hodgson who in the ensuing hours was shot in the thigh and subsequently died.  The mountain vista that forms the dramatic background to Underberg and is still known today as Hodgson’s peak.

There are many accounts of Bushmen hunts in which entire groups were slaughtered or captured and forced into lives as trackers or servants.

It is alleged that in 1936 the last permit to “hunt” and kill San (Bushmen) in Namibia and South-Africa was issued by the government of South Africa.

This evokes revulsion in most of us but in defence of the land owners there was little difference from the ‘Cowboy and Indian’ clashes that form the theme of many famous stories. 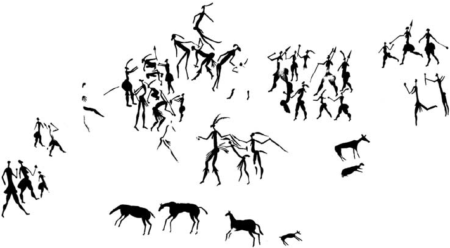 This was simply the survival of the fittest.

The Bushmen had been cut off from following migrating herds as well as their hunting grounds due to the demarcation of farms and ownership of land and therefore turned to raiding as a means of survival.  The farmers were forced to protect their families, livestock and livelihood which is a common thread that runs throughout history.

As I stand with Raphael on the edge of the sandstone overhang he tells me a dramatic myth about the very last Bushman in the area who jumped to his death from the edge of a cliff rather than being caught and face a life of slavery.

We look across at Hodgson’s Peak and I am again enthralled by a history written and painted across these panoramic views.  I convince myself that I can still hear their soft footfalls and melodious clicking chatter.

With the correct attire it is a really a short and gentle climb to the paintings that encapsulate a time in history which will never be repeated and launches a new paradigm in the understanding of this unique culture.

May they rest peacefully in the stars, the sky and the vast mountain area’s surrounding Sani Pass and Underberg.